Troubadour Poems from the South of France (Paperback) 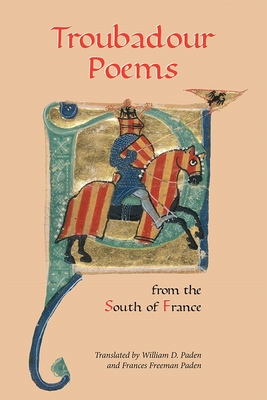 Troubadour Poems from the South of France (Paperback)


Not On Our Shelves—Ships in 1-5 Days
Modern English translations of a wide selection of troubadour poems. The poetry of the troubadours was famous throughout the middle ages, but the difficulty and diversity of the original languages have been obstacles to its appreciation by a wider audience. This collection aims to redress the situation, presenting English verse translations in contemporary idiom and a highly readable form. It includes some 125 poems, with a strong representation of those composed by women, and goes beyond traditional limits in time to feature a sampling of the earliest texts in the Occitan language, written in the tenth and eleventh centuries, and later works from the early fourteenth. Though most poems translated in the book were written in Occitan, the vernacularof southern France, there are also a few translations of poems written in the same place and time but in other languages, including Latin, Hebrew, Norse, Catalan, and Italian. Genres include love songs, satires, invectives, pastourelles, debates, laments, and religious songs.
A comprehensive introduction places the troubadours in their historical context and traces the development of their art; headnotes introduce each poet, and the book ends with a bibliography and suggestions for further reading. WILLIAM D. PADEN is a Professor of French and Italian at Northwestern University, and was recently named a Chevalier dans l'Ordre des Palmes Acad miques. FRANCES FREEMAN PADEN is a Distinguished Senior Lecturer in The Writing Program and Gender Studies, also at Northwestern University.