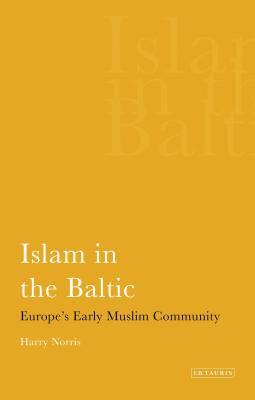 Arriving in Europe in the 14th century, the Qipchq Tatars are the longest surviving Muslim people in Europe. They form the historical core of the Muslim community in the Baltic States, Belarus and Poland where Muslims are few in number compared with those in other parts of the European Union and in Russia. In the first historical study of this important community, Harry Norris investigates the earliest contacts between the Baltic peoples and the world of Islam. He examines the trade routes of the Vikings and the early Slavs and Balts who had commercial relations with Arab merchants, trading in amber, furs, Middle Eastern silks and other luxury goods. Norris surveys the Qipchq Tatars' history, their Muslim faith, their culture, their literature and their life as indigenous Europeans in New Europe today. He draws contrasts and similarities between other Muslim communities in Europe, including the diverse immigrant Muslim groups in the Nordic countries that border the Baltic Sea: Finland, Sweden and Denmark.
This book is of importance to those studying the rich cultural heritage of minority groups of European Muslims and their position in Europe today, as well as those interested in the study of migration.

"it is of undoubted value to scholars of Islamic Studies, comparative religion and literature, and European and Islamic history, politics and cultural studies, as well as being of potential interest to the general reader...The book's great strength lies in the fact that Norris approaches the material both as an expert in Islamic culture, history and literature, and in the culture, history and literature of Northern Europe and the Baltic states, a fact which not only means that he is able ot provide a balanced overview, but allows for a number of fascinating insights into the religious and cultural interaction between "East" and "West." -- Dr Helen Blatherwich, Centre of Islamic Studies, School of Oriental and African Studies, University of London

"With his usual thoroughness and the wealth of knowledge the author deals with the history of Tartar settlements, their culture and beliefs, their relationship with the native Christian population, their contacts with the Crimea and Turkey. The book...will be of considerable interest for historians, as well as for Oriental and Slavic scholars dealing with language and cultural interrelationships." -- Father Alexander Nadson, The Francis Skaryna Belarusian Library