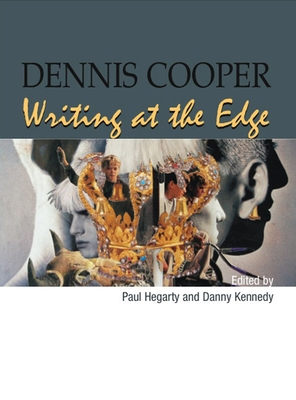 
Not On Our Shelves—Ships in 1-5 Days
Dennis Cooper's writing has acquired a ferocious reputation for its bold experimentation, its transgressive content, and its emotional content which is both Romantic and touching as well as cold and hard-edged. For over 20 years, Cooper has explored the boundaries of human living, with sexuality's centrality to that living. The extreme situations he develops in his writing bring out parts of the gay experience that a consensual 'community' often shies away from - likewise the heterosexual mainstream. His most important genre is undoubtedly fiction, but Cooper has also written poetry, large quantities of journalistic works - notably for Artforum and Spin - and has had great success and recognition recently with theatrical works. Dennis Cooper: Writing at the Edge enters deep into the worlds Cooper fabricates, and into the coolness of his expression. This challenging work is addressed by a group of mostly young and new critical writers and academics who provide creative responses to Cooper's artistry. The contributions, which cover the breadth of Cooper's work, develop themes and devices that advance his profound and disturbing world view. In addition to the artistic responses, the topics in the critical pieces range from sexuality in the suburbs to neurological responses via the limits and possibilities of bodies. The book also looks at the implications of contemporary electronic communication as outlined in Cooper's recent work, and his use of space. Cooper's writing receives a multi-faceted contextualization. His literary ideas are made accessible to any reader interested in learning why, today, Cooper is regarded as one of the foremost writers in expressing the psychological point behind the centrality of sexual expression.
“Hegarty and Kennedy present a critical study of the European influence on the work of avant-garde writer, Dennis Cooper. Articles discuss Cooper in Hegelian terms and his connection to French authors such as Rimbaud and Baudelaire. The book begins with previously unpublished short fiction by Cooper. An unusual touch is the poetry by Nick Hudson and Jean-Paul Cauvin framing color plates of artwork that complements the essays and are fitting in a volume dedicated to the work of this iconoclastic writer.”  —Reference & Research Book News