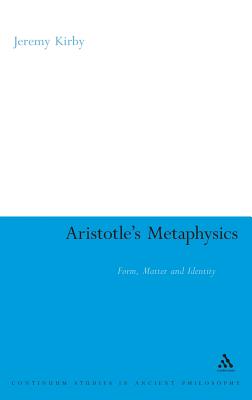 
Not On Our Shelves—Ships in 1-5 Days
Aristotle maintains that biological organisms are compounds of matter and form and that compounds that have the same form are individuated by their matter. According to Aristotle, an object that undergoes change is an object that undergoes a change in form, i.e. form is imposed upon something material in nature. Aristotle therefore identifies organisms according to their matter and essential forms, forms that are arguably essential to an object's existence.
Jeremy Kirby addresses a difficulty in Aristotle's metaphysics, namely the possibility that two organisms of the same species might share the same matter. If they share the same form, as Aristotle seems to suggest, then they seem to share that which they cannot, their identity. By taking into account Aristotle's views on the soul, its relation to living matter, and his rejection of the possibility of resurrection, Kirby reconstructs an answer to this problem and shows how Aristotle relies on some of the central themes in his system in order to resist this unwelcome result that his metaphysics might suggest.
Jeremy Kirby is Assistant Professor of Philosophy at Albion College, USA.