A Treasury of Iqbal (Treasury in Islamic Thought and Civilization) (Hardcover) 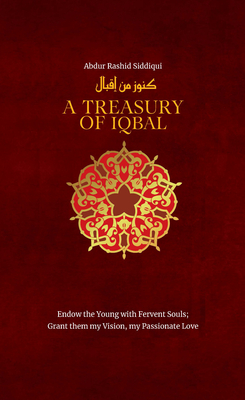 A Treasury of Iqbal (Treasury in Islamic Thought and Civilization) (Hardcover)


In Stock—Click for Locations
Muhammad Iqbal (d.1938), thinker and philosopher - poet of Indo-Pakistani sub-continent was one of the key architects of contemporary Islam. Through the medium of his thoughtful writing and soul-transforming poetry, both Urdu and Persian, he infused a new spirit in the Muslims, not only of India and Pakistan but also Iran, Afghanistan, Central Asia and the Middle East. He challenged the western concept of nationalism and expounded the concept of Islamic nations, on which the idea of Pakistan is based. A Treasury of Iqbal is a glimpse of his thought and contribution.
Abdur Rashid Siddiqui (d.2019) gained an honours degree in Economics and Politics as well as a Law degree from the University of Bombay. He completed his postgraduate study in Librarianship in London. He worked as an Information Librarian at the University of Leicester from 1966 until his retirement in 1997. His publications include Lift up your Hearts!, Man and Destiny: Some Reflections on Iqbal's Concept of Khudi and the Perfect Man, Living in Allah's Presence: Aspects of Islamic Spirituality and Treasures of the Qur'an: Surah al- Fatihah to Surah al- Mai'dah. He also edited a collection of essays entitled Tazkiyah: Path to Self Development. This Treasury book is the last he worked on before his return to his Creator.