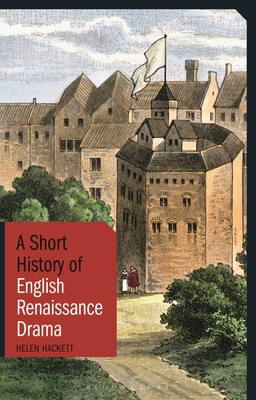 Shakespeare is a towering presence in English and indeed global culture. Yet considered alongside his contemporaries he was not an isolated phenomenon, but the product of a period of astonishing creative fertility. This was an age when new media - popular drama and print - were seized upon avidly and inventively by a generation of exceptionally talented writers. In her sparkling new book, Helen Hackett explores the historical contexts of English Renaissance drama by situating it in the wider history of ideas. She traces the origins of Renaissance theatre in communal religious drama, civic pageantry and court entertainment and vividly describes the playing conditions of Elizabethan and Jacobean playhouses. Examining Marlowe, Shakespeare and Jonson in turn, the author assesses the distinctive contribution made by each playwright to the creation of English drama. She then turns to revenge tragedy, with its gothic poetry of sex and death; city comedy, domestic tragedy and tragicomedy; and gender and drama, with female roles played by boy actors in commercial playhouses while women participated in drama at court and elsewhere.
The book places Renaissance drama in the exciting and vibrant cosmopolitanism of sixteenth-century London.

Helen Hackett is Professor of English at University College London. Her books include Shakespeare and Elizabeth: The Meeting of Two Myths (2009) and Women and Romance Fiction in the English Renaissance (2000).