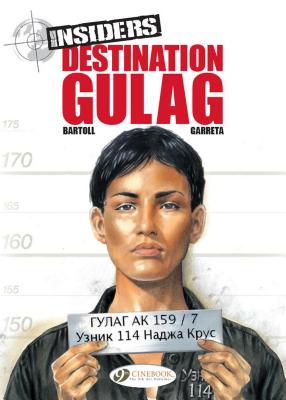 This is book number 5 in the Insiders series.

Identified as a former Chechen guerrilla fighter, Najah has been arrested by the FSB, the successor to the old KGB, and sent to a prison colony in Siberia - the infamous gulag. Isolated, hated by the Russian guards, the Insider is far from the luxury life her cover inside organised crime afforded her. Meanwhile, the power plays continue between the mafia, politicians and the intelligence services of Russia, the United States ... and elsewhere.