The King of Lokoja: William Balfour Baikie the Forgotten Man of Africa (Paperback) 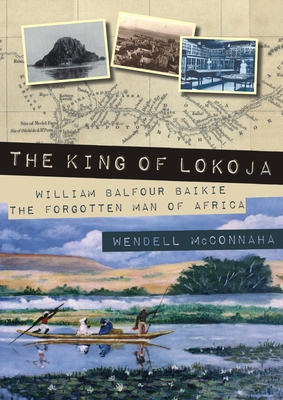 The King of Lokoja: William Balfour Baikie the Forgotten Man of Africa (Paperback)


Not On Our Shelves—Ships in 1-5 Days
William Balfour Baikie was a surgeon, naturalist, linguist, writer, explorer, and government consul who played a key role in opening Africa to the Europeans. As an explorer he mapped and charted large sections of the Niger River system as well as the overland routes from Lagos and Lokoja to the major trading centres of Kano, Timbuctu and Sokoto. As a naturalist, major beneficiaries of his work included Kew Gardens and the British Museum for the rare and undiscovered plant and animal species and yet today he remains largely unknown. On 10th December, 1864 Baikie was on his way back to London and was living in his temporary quarters in Sierra Leone. There he worked to regain his health and to complete the various reports and publications expected by the Colonial and Foreign Offices. He had been away from England for seven years and living conditions in West Africa had caused his health to suffer. While his wife and children waited for his return 600 miles away in Lokoja, the city in Nigeria he had founded, his father waited for his return to Kirkwall, Orkney. Baikie would never return to his wife, nor ever see his father again. In two days, he would be dead and buried at Sierra Leone before his fortieth birthday. In his short life Baikie became such a hero among the Nigerian people 150 years ago that white visitors to the region today are still greeted warmly as 'Baikie'. After studying at University of Edinburgh he was assigned to the Royal Hospital Haslar where he worked with the noted explorers Sir John Richardson and Sir Edward Perry. Baikie's reputation as a naturalist, and the sphere of influence provided by Richardson and Perry, allowed him to enter the elite British scientific community where he also worked alongside the most famous naturalist of the time, Charles Darwin. During his time at Haslar, Baikie made two voyages exploring the Niger and Benue Rivers to establish trading centres for the Liverpool merchant Macgregor Laird. The first was a resounding success. He conducted the first clinical trial using quinine as a preventative for malaria. For the first time in history, his initial exploration of these rivers was conducted without the loss of a single life to fever. Returning to London to a hero's welcome, he was nominated for one of the Royal Geographic Society's prestigious awards. His second voyage was a pure disaster. His ship was wrecked; members of the expedition died and he was stranded for over a year in the vast remote territory known as the Sokoto Caliphate. Following his rescue, he elected to remain alone in Africa for what would be his final years in order to complete his personal mission. Although he was born 4,000 miles away in Orkney, Baikie was designated the King of Lokoja by the ruler of the Sokoto Caliphate. This book defines the man and his accomplishments and reveals how he is so fondly remembered by the Nigerians and yet apparently so totally forgotten by the rest of the world.
Professor Wendell McConnaha is a retired university professor in education who during his career has worked around the world, from America to China and Abu Dhabi and has consulted for many governments in various countries. When in Nigeria he first learned of William Baikie and resolved to write his story.