What Is Red? (Hardcover) 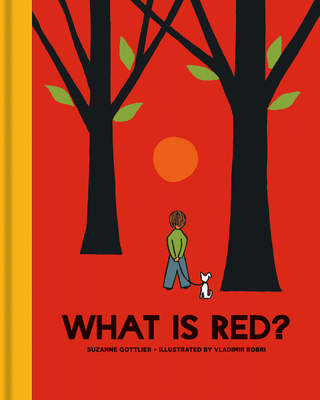 What Is Red? (Hardcover)


Special Order—Subject to Availability
Children will discover a world of colors as they set out on an adventure with a cheerful boy named Jonny. From the moment he wakes bright-eyed to the yellow sunlight streaming through his bedroom window, the colors of the day dance merrily around him. He sees green grass and purple flowers and pauses to dip his toes in a bubbling blue brook. Best of all, when the time comes to harvest, he digs in the brown earth and discovers an enormous orange pumpkin! But, before he knows it, the blue sky has turned black, and it’s time for Jonny to sleep before waking to the wonders of a new day.

A joyous celebration of colors that will encourage young readers’ curiosity about the world around them, What Is Red? is packed with illustrations in bright, primary colors. Originally published in 1961, the book is one of the most recent additions to the Bodleian Library’s children’s book imprint.

Suzanne Gottlieb was a children’s book author and director of a summer camp for children from diverse socioeconomic backgrounds. Vladimir Bobri (1898–1986) was an artist and illustrator, whose work appeared in many children’s books, as well as Vogue, Harper’s Bazaar, McCall’s, and other magazines.