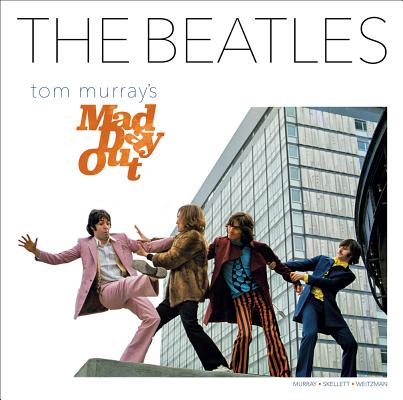 
Special Order—Subject to Availability
- A collection of what many believe to be the best color photographs of the Beatles- A must-buy for the shelves of any true Beatles fan- Photographs taken by acclaimed Royal photographer Tom Murray, LBIPP- Published to coincide with 50th anniversary of Tom Murray's famous day out with The BeatlesWere they really mad? Well, you know what pop stars are like. - Tom Murray When Royal photographer Tom Murray, LBIPP, was invited to tag along on an early morning photoshoot, he had no idea what he would be walking into. He opened the studio door to find Paul, George, Ringo, and John with Yoko Ono. Over the course of a frantic day, rushing around London from one publicity shoot to the next, Tom, the youngest photographer present, caught some of the most iconic color photographs ever taken of The Beatles. The following day, The Beatles went on to record Hey Jude. Having arrived with only two rolls of film, Tom selected the 23 images he considered best. These were exhibited in 1998 after almost 30 years in storage, where many acclaimed them as the very best color photos of the band. Now, two decades later, these photographs are back together, gathered in a volume no fan would want to be seen without.
Tom Murray is a celebrated photographer, known for his work with the Royal family, Elizabeth Taylor, John Huston, Sir Dirk Bogarde and many more.