Cooking Up the Nation: Spanish Culinary Texts and Culinary Nationalization in the Late Nineteenth and Early Twentieth Century (Hardcover) 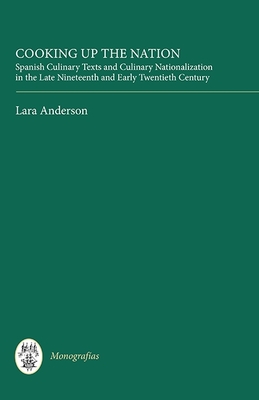 Cooking Up the Nation: Spanish Culinary Texts and Culinary Nationalization in the Late Nineteenth and Early Twentieth Century (Hardcover)


Special Order—Subject to Availability
The book is the first to analyse the textual construction of a national Spanish cuisine in the late nineteenth and early twentieth century. This book looks at the textual attempts to construct a national cuisine made in Spain at the turn of the last century. At the same time that attempts to unify the country were being made in law and narrated in fiction, Mariano Pardo de Figueroa (1828-1918) and Jos Castro y Serrano (1829-96), Angel Muro Goiri (1839 - 1897), Emilia Pardo Baz n (1851-1921) and Dionisio P rez (1872-1935) all tried to find ways of bringing Spaniards together through a common language about food. In line with this nationalist goal, all of the texts examined in this book contain strategies and rhetoric typical of nineteenth-century nation-building projects. The nationalist agenda of these culinary textscomes as little surprise when we consider the importance of nation building to Spanish cultural and political life at the time of their publication. At this time Spaniards were forced to confront many questions relating to their national identity, such as the state's lackluster nationalizing policies, the loss of empire, national degeneration and regeneration and their country's cultural dependence on France. In their discussions about how to nationalize Spanish food, all of the authors under consideration here tap into these wider political and cultural issues about what it meant to be Spanish at this time. Lara Anderson is Lecturer in Spanish Studies at the Universityof Melbourne.