Vomeronasal Chemoreception in Vertebrates: A Study of the Second Nose (Hardcover) 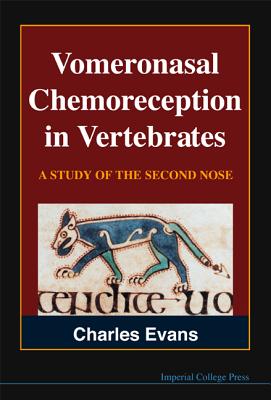 Vomeronasal Chemoreception in Vertebrates: A Study of the Second Nose (Hardcover)


Special Order—Subject to Availability
The Vomeronasal Organ is an olfactory structure in the nose, originally described in 1813 by the Danish court veterinarian Ludwig Jacobson. After some 150 years interest in it was reawakened, following the discovery of its key role in social and sexual responses. The organ serves to alert the emotional brain to the presence of specific semiochemicals, or signal molecules, which identify sex or status. Typically, such scents elicit responses at a non-conscious level -- altering internal chemistry (hormones) in reaction to odours from the social environment (pheromones). The importance of vomerolfaction has recently been confirmed by findings on the genetic basis of smell.This book surveys the biology of the "Organ of Jacobson" from toads to tamarins. It provides an analysis of the neural pathway which processes pheromonal information delivered by the 'second nose' to the brain. Vomeronasal olfaction is examined in its evolutionary perspective, from molecular capture of scents to the consequent changes in reproductive activity.The treatment integrates structural and functional aspects with the system's development, and considers the implications of its unique genome. The student or researcher is lead up to the edge of contemporary thinking by an overview of vomerolfactory contributions to individual survival and to population dynamics. The issues raised by recent research are evaluated in relation to the properties of primary olfaction. Questions posed by the persistence of vomerolfaction as a distinct sense are explored for man and other higher primates.