Maurice Sendak and the Art of Children's Book Illustration (Hardcover) 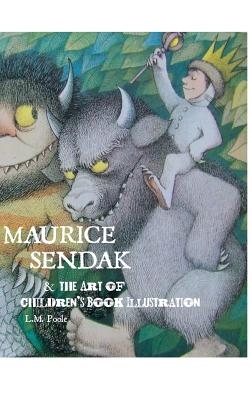 Maurice Sendak and the Art of Children's Book Illustration (Hardcover)


Not On Our Shelves—Ships in 1-5 Days
(This book cannot be returned.)
MAURICE SENDAK

Maurice Sendak is the widely acclaimed American children's book author and illustrator. This critical study focusses on his famous trilogy, Where the Wild Things Are, In the Night Kitchen and Outside Over There, as well as the early works and Sendak's superb depictions of Grimms' fairy tales in The Juniper Tree.

This new edition includes a new introduction, a new bibliography and many more illustrations.

The text has been completely revised and updated.

MAURICE SENDAK (1928-2012), has become America's premier children's book author and illustrator. He's as important - and as adored - as Theodore Geisel (Dr Seuss). Best known for his trilogy of classic picture books - Where the Wild Things Are (1963), In the Night Kitchen (1970) and Outside Over There (1981) - Sendak has also written many other books (though mainly in children's book form). His interpretation of the Grimm Brothers, The Juniper Tree, although it is less well-known, could be said to be his most accomplished work.

This book aims to consider some of Maurice Sendak's most significant works, concentrating on the children's books and the picture books. Other chapters explore Sendak's relationship with the movies and art of Walt Disney (which Sendak admires); his interpretation of classic fairy tales; a brief consideration of the fairy tale form; Sendak's links with the tradition of children's book illustration; and finally a comparison of Sendak's art with that of other book illustrators.

The Oxford Companion to Children's Literature offers a typical assessment of Maurice Sendak as one of the highpoints of modern children's book illustration:

Quite apart from his outstanding draughtmanship and mastery of styles, Sendak's exploration of the realms of the unconscious in Where the Wild Things Are and its successors lifts his work beyond the confines of the children's picture book and places it among major art of the 20th century.

Sendak's superiority amounts to far more than mere technical ability and an instinct for interpreting a text, whether his own or that of someone else. His sympathy and concern with every book he illustrates mounts to an almost religious obsession when it comes to his own picture books... His vision is unique, his draughtsmanship par excellence, and his work as a whole lifts him well into the ranks of the great illustrators of all time.