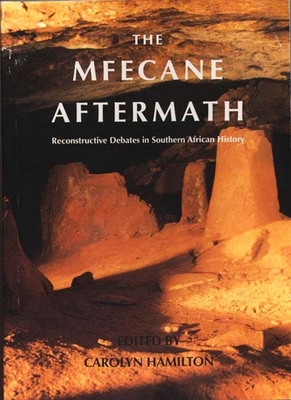 
Not On Our Shelves—Ships in 1-5 Days
Was the mfecane a figment of historians’ imagination as Julian Cobbing contends? How large a responsibility do Shaka and the Zulu people bear for the social turbulence in South-central and South-east Africa in the early decades of the 19th century? These are some of the issues explored in this collection, which is designed as a response to the radical critique of Dr. Cobbing and other scholars. The mfecane, suggests Cobbing, must be seen as a myth lying at the root of a set of interlinked assumptions and distortions that have seriously twisted our understanding of the main historical processes of late 18th- and early 19th-century Southern Africa. Contributors to this collection assess the implications of this critique for scholars from a range of disciplines, notably history, anthropology, archaeology, history of art and African languages. But the book is not only about the debate over Cobbing’s work; it is also an indicator of the state of current scholarship in Southern Africa in the 18th and 19th centuries and, because it raises questions about the nature of sources and, indeed, about the nature of historical debate itself, it is also about historiography. This book should provide a useful guide for students starting out in this field, as well as a resource for established scholars seeking their way through the textual intricacies of varied editions and secondary texts that become the primary sources for historiographical debate.
Carolyn Hamilton is NRF Chair in Archive and Public Culture at the University of Cape Town.