The Desert War: Then and Now (Hardcover) 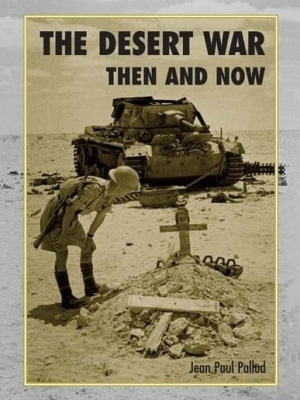 The Desert War: Then and Now (Hardcover)


Special Order—Subject to Availability
Following Mussolini's declaration of war in June 1940, initially Italy faced only those British troops based in the Middle East but as the armed confrontation in the Western Desert of North Africa escalated, other nations were drawn in -- Germany, Australia, India, South Africa, New Zealand, France and finally the United States to wage the first major tank-versus-tank battles of the Second World War.

First tracing the history of the very early beginnings of civilization in North Africa, and on through the period of Italian colonization, Jean Paul Pallud begins his account when the initial shots were fired at the 11th Hussars as they approached Italian outposts near Sidi Omar in Libya. It proved to be the opening move of a campaign which was to last for three years.

When the Afrikakorps led by Rommel joined the battle in February 1941, the Germans soon gained the upper hand and recovered the whole of Cyrenaica, minus Tobruk, in the summer. The campaign then swung back and forth across the desert for another year until Rommel finally captured Tobruk in June 1942 and then moved eastwards into Egypt.

With British fortunes at their lowest ebb, changes in command led to Montgomery launching his offensive at El Alamein the following November. This began the advance of the Eighth Army over a thousand miles to Tunisia, resulting in the final round-up of the German and Italian forces in May 1943.

Jean Paul and his camera retraced the route just prior to the recent civil war in Libya and the uprisings in Tunisia and Egypt in 2011, so he was fortunate to capture the locations before yet another war left its trail of death and destruction.

Although the campaign in 1940-43 was dominated largely by armor, nevertheless the Allies lost over 250,000 men killed, wounded, missing and captured and the Axis 620,000. Those that never came home lie in cemeteries scattered across the barren landscape of a battlefield that has changed little in over 70 years.