Illustrated Haiku for Spirits of Magic and Mystery (Paperback) 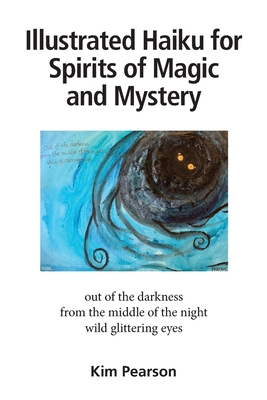 Illustrated Haiku for Spirits of Magic and Mystery (Paperback)

The result of a twenty-plus year practice of writing and illustrating haiku, this little book "Illustrated Haiku for Spirits of Magic and Mystery" features all kinds of spiritual, magical, and mysterious topics and beings. These include gods and/or goddesses of many belief systems, including Christian, Buddhist, Islamic, Jewish, Wiccan or other earth religions; practices such as prayer, yoga, or meditation; symbols such as spirals, hearts, altars, or wands; eerie, spooky, or odd creatures such as elves, dragons, unicorns, fairies, zombies, ghosts, angels or devils; both dreams and nightmares ... and so on.