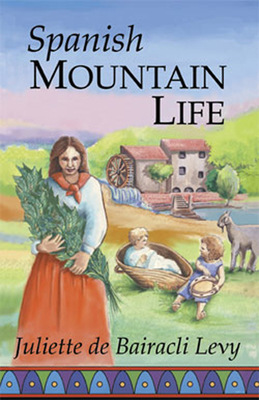 This jewel-like memoir by noted herbalist and traveler Juliette de Bairacli Levy details her personal struggle against typhus fever, during which she gave birth to her second child, Luz, who had to be suckled by a nanny goat.  As ever we are embraced by Juliette’s love of nature and animals, and welcomed onlookers as she relates with people whose lives are far different from ours.

Gypsies dance and sing their way through this book, adding their picturesque – and sometime threatening – energy to an exquisitely detailed story that is always intriguing, and sometimes suspenseful.

Juliette shares with us the herbal lore she learned and used in the Spanish Sierra Nevada mountains.  You’ll find herbs to combat vermin, counter burns, keep your skin beautiful, and many more.

Juliette de Bairacli Levy is a world renowned herbalist, author, breeder of Afghan hounds, friend of the Gypsies, traveller in search of herbal wisdom, and the pioneer of holistic veterinary medicine. Juliette has a long record of spectacular cures to her credit and the books she has written have been a vital inspiration for the present day herbal renaissance.

Juliette was born on the 11th hour of the 11th day of the 11 month, almost in 1911 (actually 1912) in Manchester, England. Her parents were Jewish - her mother from Egypt and her father from Turkey. Juliette was raised in a household with three sisters and two brothers, a nanny, chauffeur, maid and gardener. She was educated at Lowther College, one of the best girls schools in Britain, and went on to study veterinary medicine at the Universities of Manchester and Liverpool. However, Juliette did not approve of the vivisection and animal experimentation that was going on in the universities in the name of science and health. So she left university after two years and went to study with the Gypsies and peasants of the world.

For the past many years Juliette has been coming to America every summer to give lectures, workshops and seminars on herbal medicine. In America she has become recognized as the grandmother of today's herbal renaissance. In 1998 at their HerbFest in Iowa, Frontier Herbs presented Juliette with a Lifetime Achievement Award for her contribution to the herb world. Ash Tree Publishing is honored to offer to you three of her most popular books and her "Juliette of the Herbs" video, enjoy!