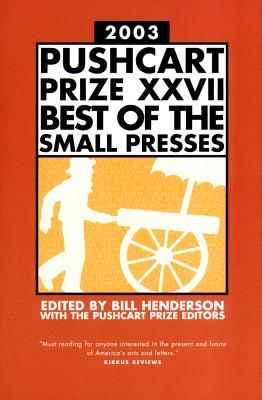 This is book number 27 in the The Pushcart Prize Anthologies series.

The most honored literary series in America, The Pushcart Prize has been named a Notable Book of the Year by the New York Times and hailed with Pushcart Press as "among the most influential in the development of the American book business" by Publishers W

For the 2003 edition, The Pushcart Prize presents scores of brilliant short stories, poems, and essays selected from hundreds of presses and literary journals with the help of over 200 distinguished contributing editors. This is a stunning presentation of new and celebrated authors, picked from almost 8,000 nominations.