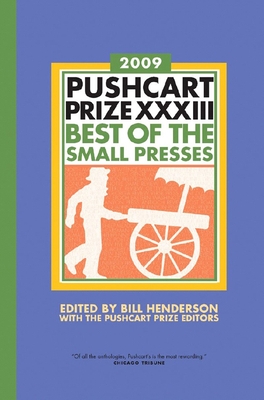 This is book number 33 in the The Pushcart Prize Anthologies series.

"Intelligence, compassion and artistry are alive and well in America."—Donna Seaman, Booklist

The winner of honors from the National Book Critics Circle, Publishers Weekly, Poets & Writers, and others, and acclaimed by readers and reviewers nationwide, the Pushcart Prize series continues to be a testament to the flourishing of American fiction, essays, memoirs, and poetry in our small presses.