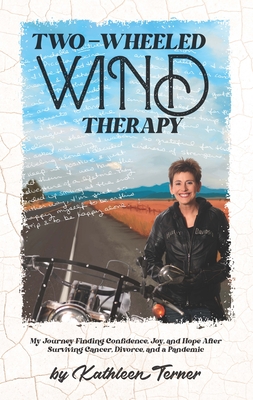 
Not On Our Shelves—Ships in 1-5 Days
In June of 2020, newly divorced and recovered from throat cancer, Kathleen Terner decided to ride solo from Oregon to Washington DC and back on her Harley-Davidson motorcycle. She would have to overcome her fear of being alone and doubts about her own personal strength. Traveling over 15,000 miles through 28 states in eight weeks, she found new courage and confidence she hadn't known she could achieve. An inspiring story for those who feel overwhelmed by their situation and may feel their futures are bleak. Kathleen shows that keeping your head up and moving forward can lead to that light at the end of the tunnel.
A respectable, middle-aged mother of three adored adult children and math teacher by day, Kathleen Terner secretly delights in being called "bad-ass" by other bikers, hotel reservationists, and colleagues--and she's earned the title! Her love affair with motorcycling took her over 100,000 miles through forty-eight states in less than six and a half years, first on the back of a bike and then driving her own, even after a battle with throat cancer and a divorce that left her without a riding partner.Just two years after getting her motorcycle endorsement, Kathleen set out on an eight-week, solo cross-country trip. Initially apprehensive about traveling alone, she discovered an inner strength she'd never known she had, thriving on the solitude she had once feared. Her confidence in her skills as a motorcyclist burgeoned as she successfully completed two certified endurance rides and dealt with mechanical issues, extreme weather, and some of the United States' most technically challenging roads.Kathleen credits her ability to overcome obstacles to the support of old and new friends, the "wind therapy" from her miles on the road, and her personal faith. Grateful for her newfound joy after years of hardship, she is dedicated to encouraging others not to give up when faced with seemingly insurmountable difficulties. She lives in West Linn, OR.