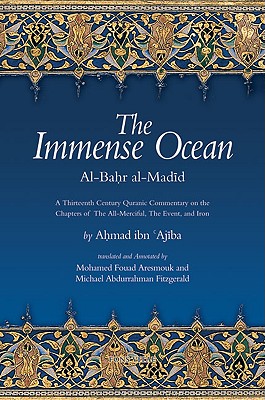 Providing commentary on three oft-recited chapters of the Holy Qur'an, this excerpt of the monumental discourse by 18th-century mystic and scholar Ahmad ibn 'Ajiba presents both an example of Islamic erudition based on traditional sources as well as insight into his own personal journey of discovery. Each verse is expounded upon with an exoteric explanation as well as related with an esoteric commentary to the mystic path of Islam, Sufism. As one of the few scholarly translations of traditional Qur'anic exegesis, this volume affords the previously unacquainted access not only to how educated Muslims have understood the dominant themes of these three chapters since the earliest days of Islam but also to how traditional Sufic sources have viewed the same themes in respect to the microcosm of the soul and the journey towards God.

Ahmad ibn ‘Ajiba was an 18th-century Moroccan saint in the Darqawa Sufi Islamic lineage. He was the author of numerous works, including The Autobiography of a Moroccan Sufi. Mohamed Fouad Aresmouk completed his degree in Islamic Studies and Arabic at Qadi Ayyad University in Marrakesh. He is the author of Al-Rashad Fi Zabdati Al-Awrad.Michael Abdurrahman Fitzgerald has assisted in the research and annotation for a number of works and is the cotranslator of The Invocation of God.