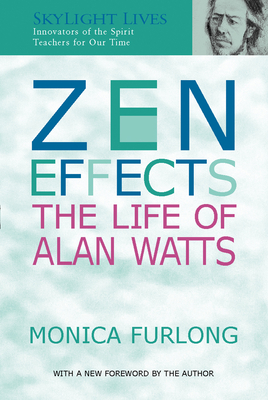 The first and only full-length biography of one of
the most charismatic spiritual innovators of the twentieth century.

Through his widely popular books and lectures, Alan Watts (1915-1973) did more to introduce Eastern philosophy and religion to Western minds than any figure before or since. Watts touched the lives of many. He was a renegade Zen teacher, an Anglican priest, a lecturer, an academic, an entertainer, a leader of the San Francisco renaissance, and the author of more than thirty books, including The Way of Zen, Psychotherapy East and West and The Spirit of Zen.

Monica Furlong followed Watts's travels from his birthplace in England to the San Francisco Bay Area where he ultimately settled, conducting in-depth interviews with his family, colleagues, and intimate friends, to provide an analysis of the intellectual, cultural, and deeply personal influences behind this truly extraordinary life.