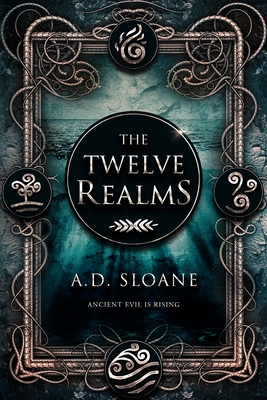 There are messages told through language.

There are messages told through symbols.

And there are messages told through terror.

Nabii Akachi, a young Moorish royal, unveils a series of cryptic messages and discovers her dreams are linked to an ages-old mystical prophecy with global implications.

The Twelve Realms is a historical re-imagining that links kings and paupers, priests and soldiers, and shaman and witches in an epic adventure. Nabii is the key within a tapestry of intertwined people from Western Africa to the Far East and the British Isles who must join forces and find a weapon that will defeat the shadows prophesized to rise from the deep.

A.D. Sloane is the author of The Twelve Realms. She grew up in Athens, GA and Champaign-Urbana, IL. She attended the University of Illinois at Chicago, where she earned her B.S. in Occupational Therapy and DePaul University, where she earned her MPA. She has enjoyed a career as a development officer for nonprofits and universities where she focused on Diversity Initiatives and K-14 outreach programs. She currently lives near Chicago, Illinois with her husband and two children November 2016, A.D. Sloane conceived a basic premise for what is now The Twelve Realms. The story, a blend of historical and fantastical Earth in the early 5th century, features a royal family of Yoruba descent who rule a quaint kingdom in southern Spain during beginning of the fall of the Roman Empire and the meteoric rise of Christianity. A historical fantasy, the novel is a re-imagining of world history and the global influences that changed a powerful empire and the world.
The Twelve Realms is an epic fantasy with historical fiction, is remarkable YA fantasy. With a large cast characters and intricate story line.