Don't Call Me Urban!: The Time of Grime (Hardcover) 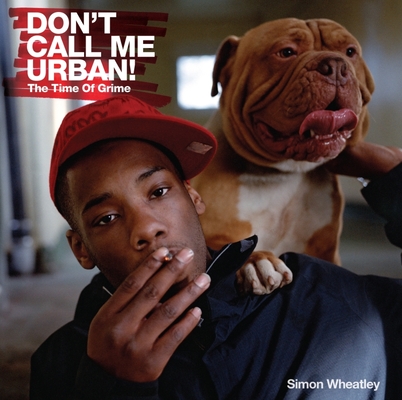 Don't Call Me Urban!: The Time of Grime (Hardcover)


Special Order—Subject to Availability
Don't Call Me Urban is the definitive contemporary documentary record exploring one of the biggest social issues in the UK - drug use, the wayward behavior of deprived black and white youth - it is the only book to give an unbiased account of a significant and vibrant genre of music in the UK and abroad.

The pictures in Wheatley's book are unique and, unlike similar books, feature ordinary people as well as the people that have emerged to bring the ethos of grime to the attention of a wider audience. The book analyses the culture of 'grime' that has burst out of London's decaying council estates over the past decade. Although ostensibly a genre of 'urban' music, acknowledged as the UK's answer to hip hop, the author sees 'grime' as an era when youths living in these deprived areas began to behave in an increasingly wild manner. These youths live a fantasy largely based on an 'urban' culture imported from the USA, where Simon believes rap music has degenerated from an originally 'conscious' base to one in which the 'gangsta' strain that emerged in the late 1980s/early 1990s is now dominant.

Don't Call Me Urban seeks to cut through the perceived glamour of 'urban' culture and document through photographs and stories what is the social reality of being black (and white) on a London council estate, where 'urban' music - specifically the culture of emceeing and rapping - has become a standard means to communicate and express feeling. The mindless postcode warfare that now plagues London, and is the cause of many of the sudden wave of teenage killings, can be seen to have roots in the confrontation of east and west coast in US hip hop.

Simon Wheatley gained the trust of the key figures in the grime culture who allowed him to capture the harsh elements of the street with its raw violence and drug taking as well as the more intimate and tender moments of their lives. The portraits and commentary from the likes of Dizee Rascal, Wiley, Jammer, Skepta, Fumin', P Money, Flirta D and Kano make this book a contemporary and definitive account of a culture which remains a frightening mystery to many. The title takes its inspiration from the objection to the word 'urban' that many black youths feel.
Simon Wheatley is an independent documentary photographer who has been studying the underground urban music scene in London and a visiting lecturer in photography at the Roopkala Kendro Film School in Calcutta, India.