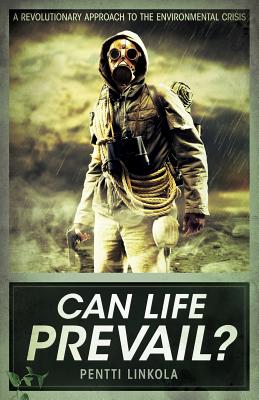 With the train of civilization hurtling at ever-increasing speed towards self-destruction, the most pressing question facing humanity in the 21st century is that of the preservation of life itself. Can Life Prevail? provides a radical yet firmly grounded perspective on the ecological problems threatening both the biosphere and human culture. With essays covering topics as diverse as animal rights, extinction, deforestation, terrorism and overpopulation, Can Life Prevail? makes the lucid, challenging writing of Linkola available to the English-speaking public for the first time. "By decimating its woodlands, Finland has created the grounds for prosperity. We can now thank prosperity for bringing us - among other things - two million cars, millions of glowing, electronic entertainment boxes, and many unneeded buildings to cover the green earth. Surplus wealth has led to gambling in the marketplace and rampant social injustice, whereby 'the common people' end up contributing to the construction of golf courses, five-star hotels, and holiday resorts, while fattening Swiss bank accounts. Besides, the people of wealthy countries are the most frustrated, unemployed, unhappy, suicidal, sedentary, worthless and aimless people in history. What a miserable exchange." -Pentti Linkola Kaarlo Pentti Linkola was born in Helsinki, Finland in 1932. Having spent most of his life working as a professional fisherman, he now continues to lead a simple existence in the country. A renowned figure in Finland, Linkola has published numerous books and essays on environmentalism since the 1960s. Today, he is among the foremost exponents of the philosophy of deep ecology.