Something of His Art: Walking to Lübeck with J. S. Bach (Paperback) 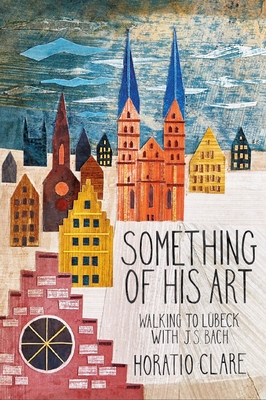 Something of His Art: Walking to Lübeck with J. S. Bach (Paperback)


Special Order—Subject to Availability
In the depths of winter in 1705 the young Johann Sebastian Bach, then unknown as a composer and earning a modest living as a teacher and organist, set off on a long journey by foot to L beck to visit the composer Dieterich Buxterhude, a distance of more than 250 miles. This journey and its destination were a pivotal point in the life of arguably the greatest composer the world has yet seen. L beck was Bach's moment, when a young teacher with a reputation for intolerance of his pupils' failings began his journey to become the master of the Baroque.
Horatio Clare is a critically-acclaimed author and journalist. His first book, 'Running for the Hills', won the Somerset Maugham Award; "the prose equivalent of a collection of poems by Ted Hughes, or even Wordsworth," said the Sunday Times. His second book, 'Truant' is "a stunningly-written memoir", according to the Irish Times, which urged: "Give your stoner friend a copy, it might just save their life." 'A Single Swallow' ("lyrical, often funny, and arresting" - Daily Telegraph) was shortlisted for the Dolman Travel Book of the Year: it follows the migration of barn swallows from South Africa to Horatio's home in South Wales. His novella 'The Prince's Pen' is based on a tale from the Mabinogion. "Darkly playful" said the Times Literary Supplement, "...creates a new brand of magic potent enough to resonate with the sensibilities of a modern age." 'Down to the Sea in Ships' won the Stanford-Dolman Travel Book of the Year 2015; Horatio's first book for children, 'Aubrey and the Terrible Yoot' won the Brandford Boase Award 2016 for best debut children's book.