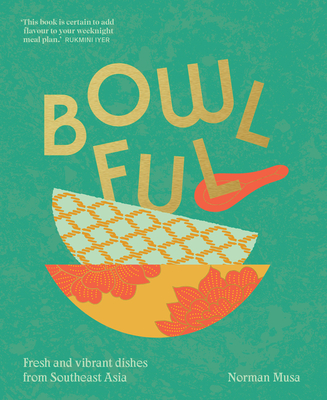 
Coming Soon—Pre-Order Now
Born in Penang, Norman Musa is an internationally recognised chef and promoter of Malaysian cuisine. He has featured in MasterChef Malaysia, Tom Kerridge's Best Ever Dishes as well as Channel 4's Sunday Brunch. He has hosted five seasons of his own cookery shows on Malaysian TV and was awarded the UK's Asian & Oriental Chef of the Year Award in 2012. In 2015, he became the ambassador for the award. Norman is a regular feature at cookery schools across the UK, not least at London's Leiths School of Food & Wine. His bestselling debut Amazing Malaysian was named by Ken Hom as "the definitive Malaysian cookery book".