A Field Guide to the Birds of Mongolia (Paperback) 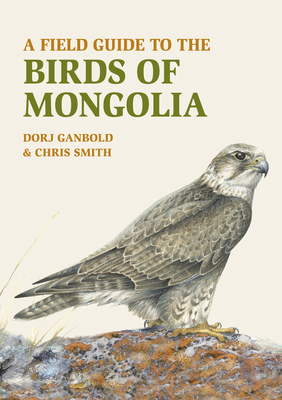 A Field Guide to the Birds of Mongolia (Paperback)


Not On Our Shelves—Ships in 1-5 Days
The species are clearly illustrated in over 154 plates, showing plumage variation between sexes, seasons, and age classes, as well as the upperside and underside of birds in flight. Common, scientific, and Mongolian names are given for each species. The main identifying features of each species are described and key facts cover habitat, identifying features, and voice. Distribution maps provide an at-a-glance view of where and when the birds can be found. The book also includes information on the geography and major habitats of Mongolia.
Dorjlkhagvajantsan Ganbold is an ornithologist and professional illustrator. Born in a small town in the Khentii mountain range of eastern Mongolia, Dorj grew up birdwatching in the beautiful Kherlen river valley and Khurkh-Khuiten wetlands, leading his first classes in bird illustration in early high school. While at the National University of Mongolia, he conducted research on illustrating birds in the field, including at bird-ringing stations. He has served as a field ornithologist and expert on a number of research projects including Birds of the World and Migratory Birds of Prey. Chris Smith grew up birding in the mountains of western Washington, and after earning his Masters in wildlife conservation from Humboldt State University, he spent four years travelling the globe doing bird field work on five continents. He has published numerous scientific papers on bird biology, and currently teaches for Round River Conservation Studies. Chris has spent several years conducting bird research in Mongolia, including with the Saker Falcon project and the Ulaan-Taiga Protected Areas Administration.