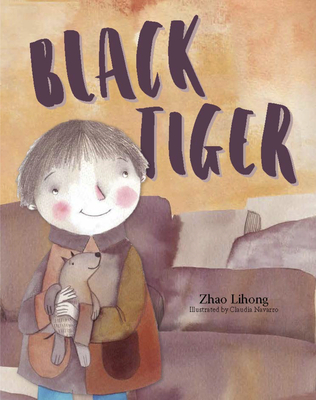 
Special Order—Subject to Availability
Pedro is a curious little boy living in the heart of Mexico City. One day, he finds a lost puppy, scoops him up and takes him back home. Black Tiger, he names the dog, and hopes the puppy will turn out to be as brave as a tiger. In the same apartment block, live three other boys, Jose, Arturo and Alex, who, with their dogs, like nothing better than bullying Pedro and Black Tiger.

When a powerful earthquake shakes the city, many are injured and Jose is nowhere to be found. Can Pedro find it in himself to overcome his hurt feelings and help save Jose? With Black Tiger leading the search, this story highlights the most precious things in life: Love and Understanding.
Born in Mexico City, Claudia Navarro studied graphic design at the National Autonomous University of Mexico. Her illustrations have been used in lots of children's books and she has worked with various publishing houses. She has made great achievements in the fields of animation, cultural communication and museum design in Mexico and abroad.

Zhao Lihong is a famous writer in China. He is member of the Committee of the Chinese Writers’ Association and President of the magazine Shanghai Literature. He also gives teaches in various universities. He has published more than 80 publications, many of which have been translated into different languages and published abroad. He has won a number of national and foreign literary awards, and many of his articles have been published in primary school textbooks.