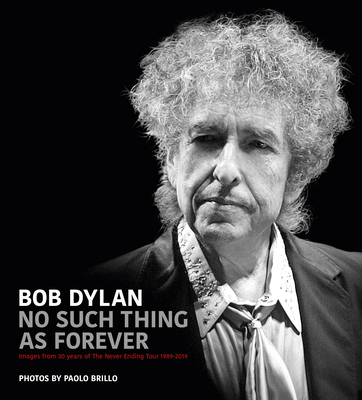 
Special Order—Subject to Availability
The Never Ending Tour is the popular name for Bob Dylan's endless touring schedule. During the course of the tour, musicians have come and gone as the band continued to evolve. The shows amassed a huge fan base with some fans traveling from around the world to attend as many Dylan shows as possible. Dylan played his 2,000th show of the Never Ending Tour in October 2007 and his 3,000th show of the Never Ending Tour in April 2019, in Innsbruck, Austria (featured in the book). Dylan has attributed much of the versatility of his live shows to the talent of his backing band, with whom he recorded each of his 21st Century studio albums. The tour's name was cemented when a journalist asked Dylan if it was a never ending tour which Dylan affirmed. Since then he has tried to pay down the tag saying in a recent, 'Critics should know there is no such thing as forever'.
Paolo Brillo has been photographing live concerts by a range of artists for more than 30 years - but he is a particular fan of Bob Dylan. He lives in Milan, Italy and travels widely to capture live concert images as can be seen on his web site. No Such Thing as Forever is his first book.