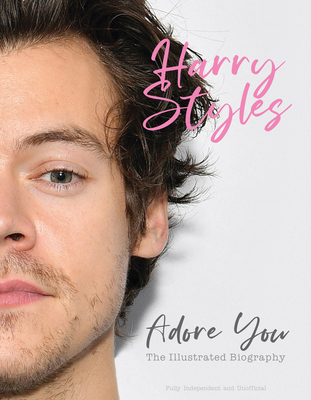 
Backordered
Harry Styles is an English singer, songwriter, and actor. His musical career began in 2010 as a solo contestant on the British music competition series The X Factor. Following his elimination early on, he was brought back to join the boy band One Direction, which went on to become one of the best-selling boy bands of all time. Styles released his self-titled debut solo album through Columbia Records in 2017. It debuted at number one in the UK and the US, and became one of the world’s top-ten best-selling albums of the year. Its lead single, “Sign of the Times,” topped the UK Singles Chart. Styles’ second album, Fine Line (2019), debuted a top the US Billboard 200 with the biggest first-week sales by an English male artist in history, and was listed among Rolling Stone’s “500 Greatest Albums of All Time." Throughout his career, Styles has earned several accolades, including a Brit Award, a Grammy, an American Music Award, two ARIA Music Awards, and a Billboard Music Award.
Carolyn McHugh is a freelance writer and editor based in Southampton England, although her Irish roots stretch back to Cork. Carolyn trained at London University for the Arts. She has written several published books on musicians and rock bands, and Phil Lynott was her teenage crush.