Infinitely Full of Hope: Fatherhood and the Future in an Age of Crisis and Disaster (Paperback) 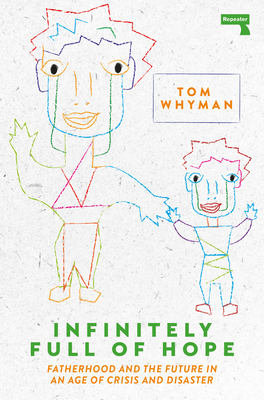 Infinitely Full of Hope: Fatherhood and the Future in an Age of Crisis and Disaster (Paperback)


Special Order—Subject to Availability
A philosophical memoir about becoming a father in an increasingly terrible world – can I hope the child growing in my partner's womb will have a good-enough life?

For Kant, philosophy boiled down to three key questions: “What can I know?”, “What ought I do?”, and “What can I hope for?” In philosophy departments, that third question has largely been neglected at the expense of the first two – even though it is crucial for understanding why anyone might ask them in the first place. In Infinitely Full of Hope, as he prepares to become a father for the first time, the philosopher Tom Whyman attempts to answer Kant’s third question, trying to make sense of it in the context of a world that increasingly seems like it is on the verge of collapse.

Part memoir, part theory, and part reflection on fatherhood, Infinitely Full of Hope asks how we can cling to hope in a world marked by crisis and disaster.
Tom Whyman is a philosopher and writer who lives in the north east of England. He has taught at a number of UK universities, and is a contributing writer to The Outline.
"This book is incredibly important for people who want to look to the future with excitement and imagination as opposed to fear and resignation. It is funny, poetic and humane as well as wildly smart." - Josie Long

"The abundant intelligence of this book on hope and despair and everything in between only makes its many moments of warmth and intimacy more moving and surprising. A seriously beautiful and timely work." - Megan Nolan, author of Acts of Desperation