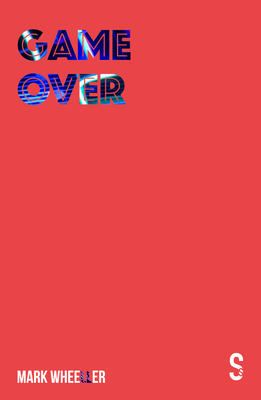 
Not On Our Shelves—Ships in 1-5 Days
(This book cannot be returned.)
Game Over tells the harrowing true story of teenager Breck Bednar, who was groomed over the internet and brutally murdered on 17 February 2014 by a supposed 'friend' that he met online. Breck's story is told in Mark's potent verbatim style, using the words of his family, friends and the killer. It's a shocking but deeply powerful play, with a unique 21st-century message. The play is particularly suitable for 'socially distanced' or online performances in students' own homes and can be easily adapted to suit this medium. Suitable for: Key Stage 3/4, GCSE, BTEC, A-Level to adult Duration: 75 minutes approximately Cast: 24 characters total. 8 male, 9 female and 7 male or female. The play is suitable for a large cast and multi-roling is also possible. " A] chilling and harrowing tale, skilfully written using the words of Breck's family, friends and his killer. It deals with the potentially disastrous effects of social media and how to keep safe online by recognising the signs of grooming and exploitation." Vivienne Lafferty, Trustee National Drama.
Mark Wheeller began writing whilst a student at Marlwood Comprehensive School, Bristol. After teaching drama for thirty-six years he retired in July 2015 to concentrate on writing and delivering Drama/Theatre workshops to students and teachers across the world. Mark is one of the most-performed playwrights in Britain. Too Much Punch For Judy has been performed over 6,000 times and Chicken nearly 6,000. Missing Dan Nolan and Hard to Swallow are both set texts for the GSCE Drama 9-1 exams. His work has been a staple part of the Drama curriculum both in the UK and abroad for the past three decades. Professional productions of Hard to Swallow, I Love You Mum, I Promise I Won't Die and Chicken regularly tour schools and many of Mark's works are available on DVD, with digital formats forthcoming in late 2020. His study guides include Drama Schemes, The Story Behind Too Much Punch For Judy, Drama Club & Hard to Swallow - Easy to Digest. He has three children and lives just outside the New Forest, with his wife Rachael, and Labrador, Dusty.