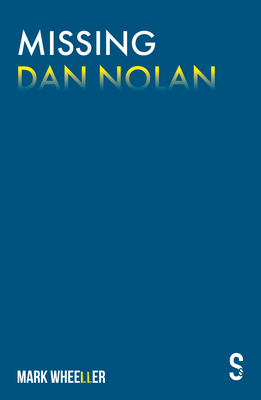 
Not On Our Shelves—Ships in 1-5 Days
(This book cannot be returned.)
New revised 2020 version Set text for OCR GCSE 9-1 Drama exam This play tells the tragic true story of Dan Nolan, a teenage boy who went missing on the 1st January 2002 after a night out fishing with his best friends. The play explores the mystery of Dan's disappearance and the tragic events that occurred that night; raising issues concerning personal safety and the importance of looking out for each other. A verbatim play, it uses only the words of his family, friends and the Detective Superintendent in charge of the police investigation. This revised 2020 edition of the play includes a new foreword reflecting on the original production by Mark, a new interview with the original cast and a new note on the original lighting design by Danny Sturrock. Suitable for: Key Stage 3/4, GCSE, BTEC, A-Level to adult Duration: 60 minutes approximately Cast: Up to 18, or 2 female, 2 male with doubling. "Heart-rending, bold, direct and simple. Even on the bare page this is a powerful piece of drama..." Paul Fowler, GODA 2003 "This play is not just about Dan Nolan, it's about all of us and our responsibility to and for each other." David Dykes, Head of Creative and Performing Arts, King Edward VI School, Southampton (Dan's former school)
Mark Wheeller began writing whilst a student at Marlwood Comprehensive School, Bristol. After teaching drama for thirty-six years he retired in July 2015 to concentrate on writing and delivering Drama/Theatre workshops to students and teachers across the world. Mark is one of the most-performed playwrights in Britain. Too Much Punch For Judy has been performed over 6,000 times and Chicken nearly 6,000. Missing Dan Nolan and Hard to Swallow are both set texts for the GSCE Drama 9-1 exams. His work has been a staple part of the Drama curriculum both in the UK and abroad for the past three decades. Professional productions of Hard to Swallow, I Love You Mum, I Promise I Won't Die and Chicken regularly tour schools and many of Mark's works are available on DVD, with digital formats forthcoming in late 2020. His study guides include Drama Schemes, The Story Behind Too Much Punch For Judy, Drama Club & Hard to Swallow - Easy to Digest. He has three children and lives just outside the New Forest, with his wife Rachael, and Labrador, Dusty.