The Malaba Clan: Heritage and Legacy: The Historical Perspective (Paperback) 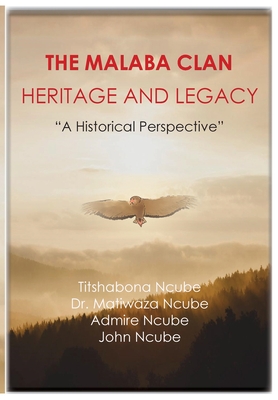 The Malaba Clan: Heritage and Legacy: The Historical Perspective (Paperback)

The Malaba Clan: Heritage and Legacy: The Historical Perspective, is a rigorous and properly done original piece of work.

The book represents one of the indigenous autobiographical pieces that are increasingly becoming important as new modes through which previously silenced voices are telling their own histories and stories that are counterhegemonic to hegemonic histories from colonizers and dominant ethnicities. That is to be the theoretical significance of the work as it answers a critical question of the "so what?" Why should I be interested in reading about the Malaba clan and their history?

The history of the Malaba people or clan is a narrative that covers the Malaba people's existence and contributions to societies they have lived with or in and influenced from as far as admissible data could be gathered. The account presents a picture of how the clan managed to influence and shape other peoples and communities, specifically through their extraordinary gift of rainmaking and knowledge of African medicines. It is herein this book a detail on the clan's existence in vhuVenda and around the Matobo areas of Zimbabwe where they co-existed with the BaKalanga, the Matabele of King Mzilikazi and Lobengula and under the British South Africa Company (BSAC) colonial rule. Particular attention is paid on the Malaba clan and the establishment and sustained custodianship of the Njelele, a shrine located in the Mabweadziba site of the Matopos. The great influence of Mwalism and the Mwali religion in the region is deeply outlined in the book.