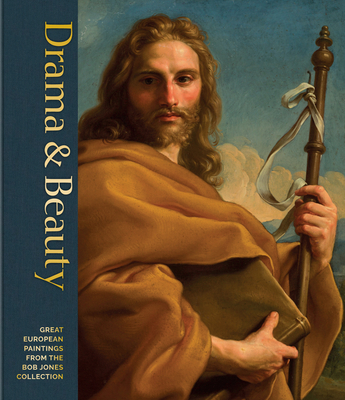 This beautifully illustrated catalog--celebrating the 70th anniversary of the Bob Jones Collection--presents a fascinating survey of religious European art from the 14th through the 19th centuries.

Bob Jones Jr. founded the collection as an educational effort and opened it on the campus of the university named after his father in Greenville, South Carolina, in 1951. Those first 25 paintings included works by Bicci di Lorenzo, Luca Giordano, El Greco, and Tintoretto, and today the collection comprises over 400 paintings, as well as a wide range of sculpture, decorative arts, and antiquities. It is widely recognized among scholars as one of the finest collections of Renaissance and Baroque paintings in America, and a document of the revival of the taste for Baroque pictures in the mid-20th century.

Erin Jones's introduction provides an overview of the history of the various iterations of the Museum & Gallery, even as it looks forward to a new home in the center of its community. Richard P. Townsend's essay presents the most in-depth examination to date of Bob Jones Jr. as a collector, extensively using letters, invoices, and photographs to paint a picture of Jones hitherto not available. At the heart of the volume is the presentation of 55 paintings, featuring works by great European masters including Botticelli, Bouts, Cranach, Guercino, Jordaens, Preti, Reni, Ribera, Rubens, Tiepolo, and Zurbar n.

Richard P. Townsend is a museum consultant and art advisor, and the president of Townsend Art Advisory LLC. He was previously executive director at the Driehaus Museum, Chicago, and the director of the Museum of Biblical Art, New York.Erin Rodman Jones is executive director, Museum & Gallery, Inc. She resides in Greenville.