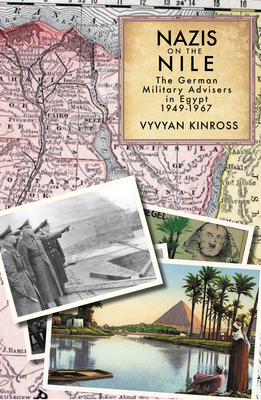 • German special forces veterans trained Egypt’s soldiers to fight the British in the Suez Canal Zone and the Israelis in Gaza
• If they had been given executive authority and battlefield command, German commanders might have changed outcomes in Egypt’s favour
• The British detected German tactics of subversion in Egyptian foreign policy, propaganda and intelligence operations
• Egypt used coercive methods to persuade its Jewish population to leave after the Suez crisis of 1956
Vyvyan Kinross is an expert in government communications and a former UN Senior Adviser to the Palestinian Authority and consultant to the Government of Abu Dhabi. He is the author of ‘Information Warriors, the Battle for Hearts and Minds in the Middle East’, Gilgamesh Publishing, ISBN 9781908531650. Vyvyan is on the Executive Board of the London based Council for Arab British Understanding. He is a graduate in Modern Arabic Studies.