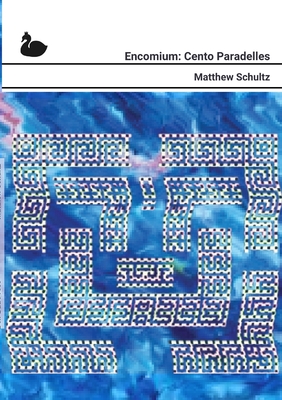 
Not On Our Shelves—Ships in 1-5 Days
(This book cannot be returned.)
Matthew Schultz is the Director of the Writing Center and Adjunct Associate Professor of English. He earned both his B.A. and M.A. in English Literature at John Carroll University and his Ph.D. in English Literature from Saint Louis University where he specialized in Irish Studies, Literary Modernism, and Postcolonial Theory. Matt is the author of Haunted Historiographies: The Rhetoric of Ideology in Postcolonial Irish Fiction (Manchester University Press, 2014) and Joycean Arcana: Ulysses and the Tarot de Marseille (EyeCorner Press 2020). He also edited Postcolonial Star Wars: Essays on Empire and Rebellion in a Galaxy Far, Far Away (Cambridge Scholars Press, 2020). His essays on Irish literary history have appeared in journals like Irish Studies Review, James Joyce Quarterly, Postcolonial Text, and Literature & Aesthetics. Additionally, Matt has published two novels-On Coventry (Harvard Square Editions, 2015) and We, The Wanted (John Hunt Publishing 2021). His poetry appears in over 60 journals and magazines including 2River where his chapbook, Parallax, is available. Matt also has a chapbook and full-length collection forthcoming from ELJ Editions in May 2022. Matt began studying poetry in earnest when he discovered the works of W.B. Yeats as an undergraduate. This led him quickly to the works of Paul Muldoon, Seamus Heaney, and Eamon Grennan, all of whom he pay homage to in this collection of poems that grew out of a want to enter into conversation with these poets. The first paradelle appeared in Picnic, Lightning (1998) by the American poet Billy Collins as a parody of the villanelle. While Collins mocks the form in a playful sort of way, Matt uses the paradelle to uncover interesting new images that he then twists into surreal narratives. Encomium simultaneously shows reverence for and reimagines works by the paragons of Irish poetry.