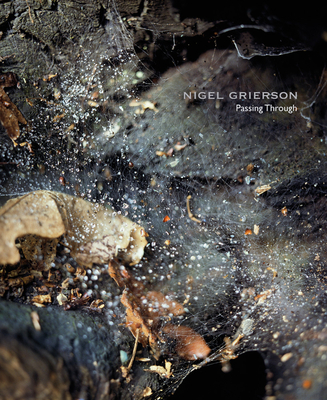 
Special Order—Subject to Availability
- A new book from photographer Nigel Grierson, joint creator of the legendary 4AD visual identity - The first of a number of Fine Art photography books, published by the new and exciting Lost Press Passing Through is a book concerned with nature, and our transient connection to it. Consequently, the human figure is seen only occasionally and rather vague, like something from the imagination or a memory. Nigel Grierson's visual journey through the seasons, treads a fine line between reality and fiction, in his search for abstraction and spirituality: ""As adults, in search of sophistication, and jaded by the rigors of work, it's easy to lose the natural sense of wonder, and to take for granted the things that fascinated us so much as children. For Rudolph Steiner, the most direct route to spirituality for the adult, involves finding the inner child via the occupation of playing. For me, spirituality lies in nature, in its myriad of forms and colors, and in the elements; earth's chaotic beauty. On a personal level this book represents a journey; a return to childhood, exploring woodlands, playing in the dirt, finding little treasures and taking something home as a souvenir; the photograph. I once heard it said that spirits are in fact traces or energies left behind when beings repeat the same actions over and over on the same pathways. Perhaps that is why we can sometimes hear voices in the woods, even after the people have long gone home.
Nigel Grierson is best known for the album sleeves and posters he designed and photographed (with his then partner Vaughan Oliver under the name 23 Envelope) in the '80s and early '90s, for the now legendary 4AD label (The Cocteau Twins, This Mortal Coil, Dead Can Dance etc.). The work has since appeared in many international exhibitions and periodicals and has been acclaimed by the likes of Rick Poyner and Catherine McDermott as among the most important and influential design of the Eighties. In the Nineties, Nigel went on to work with such artists as Tori Amos, Nine Inch Nails, Black, David Sylvian, and Lisa Gerrard, and he also began concentrating on the moving image. Around 2000, after a successful career directing music videos and TV commercials in both Europe and America, Grierson returned to his first love, photography. A series from his color project 'The Transparency of Matter' was exhibited at The Craig Krull Gallery in Los Angeles, Spring 2007 and at Photo LA the same year. An overview of his work was published in the highly acclaimed monograph simply entitled 'Photographs' (Dewi Lewis Publishing) in December 2014, along with a one man exhibition at APT Gallery in London. His most recent projects challenge our preconceptions about the medium, pushing further into abstraction and the spiritual realm. His work has been exhibited in Japan, Europe and America, and is in the V&A collection in London.