I Survived Kerobokan: A shocking story from behind the bars of Bali's most notorious prison (Paperback) 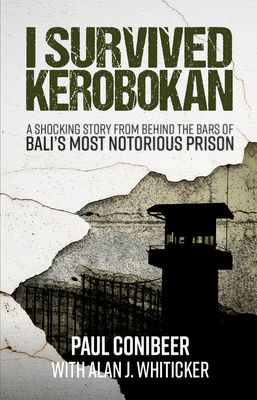 I Survived Kerobokan: A shocking story from behind the bars of Bali's most notorious prison (Paperback)


Backordered
In 2012, Paul Conibeer, a traveler, was jailed in Bali's infamous Kerobokan Prison—the home of Shapelle Corby, the 'Bali Nine,' and a host of international travelers on death row for smuggling drugs. Paul's crime was a dispute over an unpaid hotel bill and his failure to 'pay off' the right people in the Kuta Police system that saw him jailed for almost 12 months. In I Survived Kerobokan Prison, Paul tells his harrowing story of sleeping on a tiled floor at Kuta Police Station for 60 days, using a water bottle as a pillow. After two months of hell in a stench-filled cell he was transferred to Kerobokan. Kerobokan brought Paul into contact with a wide variety of prisoners—murderers, rapists, drug mules, and the innocent, like himself—all searching for a way to survive. In his 300 days in Kerobokan, the toll on Paul's body and mental state were dramatic in that he: lived with 52 men in a 33 man cell; slept on a mattress on the floor with the rats and cockroaches; had no money to barter for food, water, and smokes; continually had to watch his back frightened that he might be stabbed; had his cell mate die in his arms from sickness.
Alan James Whiticker is an Australian non-fiction author and publisher, with over 40 published books on history, sport, biography, true crime, and lifestyle. Whiticker writes primarily on matters pertaining to the history of the sport of rugby league in Australia, but he has also published works on subjects as diverse as classical film, pop culture, the Wanda Beach Murders, and an adaptation of Homer's Iliad. He is a former teacher and commissioning editor for a publishing company but now works as a freelance writer.