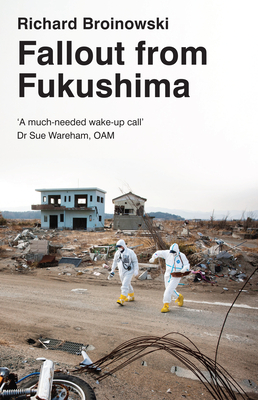 On a calm afternoon in March 2011, a force-nine earthquake jolted the Pacific Ocean seabed east of Japan. Forty minutes later, a tsunami 21 metres high crashed onto the coast of Fukushima, Miyagi, and Iwate prefectures. Towns collapsed, villages were destroyed, and 16,000 people were swept away. The earthquake and tsunami also resulted in another terrifying calamity -- explosions and meltdowns at a nuclear plant near the city of Fukushima.

Fallout from Fukushima tells the story of Japan's worst nuclear disaster, and the attempts to suppress, downplay, and obscure its consequences. Former diplomat Richard Broinowski travelled into the irradiated zone to speak to those affected and to find out why authorities delayed warning the public about the severity of the radiation. Combining interviews, research, and analysis, he reveals the extent of the disaster's consequences: the ruinous compensation claims faced by electricity supplier TEPCO; the complete shutdown of Japan's nuclear reactors; and the psychological impact on those who, unable to return to their farms and villages, may become permanent nuclear refugees.

In this illuminating and persuasive account, Broinowski puts this nuclear tragedy in context, tracing the path back through Tokyo, Three Mile Island, and Chernobyl. Examining what the disaster will mean for the international nuclear industry, he explores why some countries are abandoning nuclear power, while others -- including Australia, through its export of uranium -- continue to put their faith in this dangerous technology.