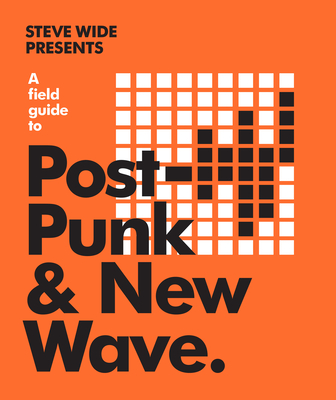 
Not On Our Shelves—Ships in 1-5 Days
This book is your gateway to the pop-rock-y, disco-esque, electronic and mod-tastic movement that was (and is) New Wave.

What makes New Wave... New Wave? It's the catchall name of punk's poppy offshoot, born in the 70s, simultaneously in the United States and United Kingdom. But how would you describe New Wave's context in the zeitgeist of the time, or explain how this new electro-rock made people feel? Well, that's precisely what DJ and author Steve Wide explains in this handy book.

In these pages, Steve explains the social and music industry climates of the 70s and 80s, unpacking the influence of the punk genre on NYC-based groups like the Velvet Underground and New York Dolls. There's also a timeline on the usage of the term New Wave - for a long chunk of the 70s it was used almost interchangeably with punk. There are breakdowns on the key record labels, DJs, producers, engineers and magazines - all of which stitched their own layer on the New Wave patchwork. There are deep dives into controversies, rivalries, and messy band breakups. And lastly, there's a dissection of how ripples of New Wave are still felt today, in recorded music and across wider pop culture.

If you, or someone close to you, is obsessed with the minutiae of the New Wave movement, then this book is a must-have.
Steve Wide is an Australian DJ with a long-running British music radio show. He's run legendary club nights and interviewed countless artists, from Noel Gallagher to Björk. Steve's previous books include Bowie A to Z, Prince A to Z, Grace Jones A to Z and The Beatles A to Z, all published by Smith Street Books.