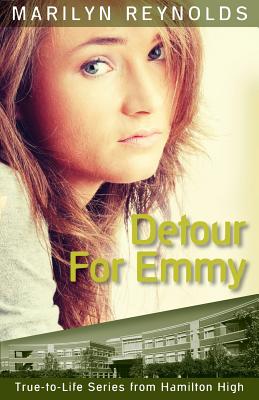 This is book number 2 in the Hamilton High True-To-Life series.

In the 9th grade, Emmy is an A student, a soccer star, and a lead soprano in the school choir. She won't let her alcoholic mother or her father, long gone, stand in her way. Emmy falls for Art, a junior who is also one of the choir's lead singers. Art is a dream of a boyfriend until Emmy finds that she's pregnant. Then he wants nothing to do with her. Her mother is furious and wants her to have an abortion. Her guidance counselor claims that Emmy's life will be ruined, and only one of her friends tries to stand by her. But what does Emmy want, and what about her dreams, if she chooses a new life as a single mother?