The Giraffe That Walked to Paris (Hardcover) 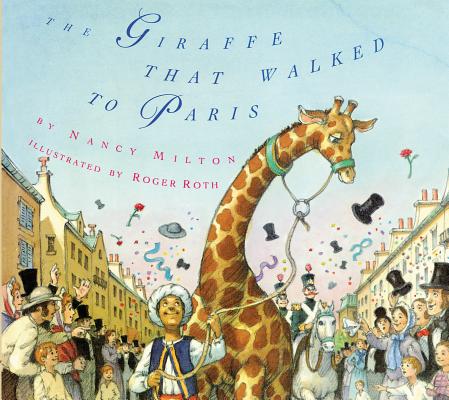 The Giraffe That Walked to Paris (Hardcover)


Not On Our Shelves—Ships in 1-5 Days
Here is the beguiling true story of the first giraffe ever to live in Europe. The year was 1826, and the giraffe belonged to the pasha of Egypt, who decided to give her as a gift to the king of France.

The giraffe journeyed first by boat to Marseilles, then on foot through the towns and villages of France, all the way to Paris. Her arrival in the capital was celebrated with a splendid royal parade, and everywhere she went she caused a sensation.

First written in 1992, this captivating story is back for a new generation of children to enjoy.