Over the Rivers: An Aerial View of Geology (Hardcover) 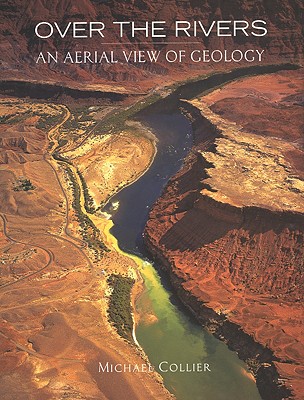 Over the Rivers: An Aerial View of Geology (Hardcover)

The science of the Earth in all its splendor.

Over the Rivers is the second volume in the exciting Aerial View of Geology series (the first was the highly praised Over the Mountains). As as a geologist, one of America's premier aerial photographers and a gifted science writer, Michael Collier is exceptionally well qualified to present these spectacular landscapes and stunning aerial photographs that vividly demonstrate geological processes.

Over the Rivers inspires as it informs, and dazzles as it enlightens.

Michael Collier has written 14 books on geological themes. In 2005, the American Geological Institute honored his work with its prestigious Outstanding Contribution to Public Understanding of Geosciences Award. An exhibition of Michael Collier's aerial views of geology will be held at the Houston Museum of Natural Science (September 13, 2008-March 1, 2009) and the Denver Museum of Nature and Science (March 15-August 1, 2009).