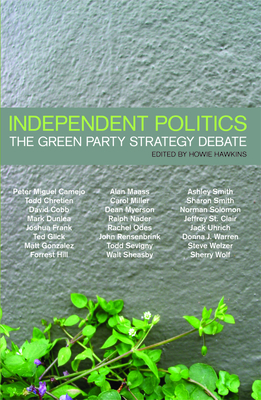 "A valuable contribution to our thinking about that controversial and difficult subject--the role of an opposition third party."--Howard Zinn

"This is an invaluable sourcebook: rich in ideas.'"--Mike Davis

Ralph Nader, Peter Camejo, David Cobb, Sharon Smith, Norman Solomon, and other Green Party members and allies ask: Can we break the two-party stranglehold on U.S. politics? and debate strategy for how to build a challenge to the Republicans and an increasingly corporate Democratic Party.

Howie Hawkins is a Teamster and Green activist in Syracuse, New York.

Howie Hawkins is a Teamster and Green activist in Syracuse, New York. He has been active in movements for peace, justice, the environment, and independent politics since the late 1960s and in the Green Party in the US since it began organizing in 1984.