Ancient Code: Are You Ready for the Real 2012? (Paperback) 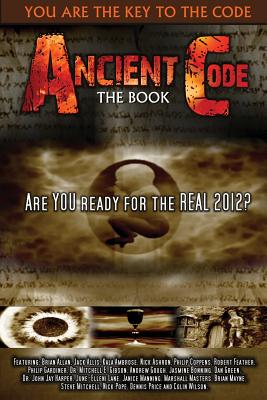 Ancient Code: Are You Ready for the Real 2012? (Paperback)


Not On Our Shelves—Ships in 1-5 Days
Some say the end of mankind is near. Some say that financial turmoil is part of the process, along with global warming, warfare and the spread of mass psychosis. Children are fed drugs to keep them calm; nations are invaded by their neighbors; the climate is changing all around us; celebrities become our gods and materialism is the new mantra. But what is the real truth? Is there an answer to all this? If our material lives are making us happier, then why so many self-help books, films and philosophies? It can't be denied that the times are changing. Every day sees new challenges for our species, while we cause mayhem and madness on an unbelievable scale. But there is a ratio to it all, a rhyme and reason behind everything that we do and everything that affects us. Ancient Code is a collection of 20 fascinating essays - from today's top authors and researchers - which takes a look at the Ancient Code, our relationship with it and how it relates to 2012. You will learn about a power that was first hidden and then lost over time. Many have sought to rediscover it in order to wield it selfishly. Like mad magicians seeking to rule the world, men of renown have fleetingly seen the incredible nature of this Code but all too often they have missed the point. The Ancient Code needs no material gain, no hatred, warfare or drugs, because YOU are the key to the Code... Featuring: Brian Allan, Jack Allis, Kala Ambrose, Nick Ashron, Philip Coppens, Robert Feather, Philip Gardiner, Dr. Mitchell E. Gibson, Andrew Gough, Jasmine Gould, Dan Green, Dr. John Jay Harper, June-Elleni Lane, Janice Manning, Marshall Masters, Brian Mayne, Steve Mitchell, Nick Pope, Dennis Price and Colin Wilson.