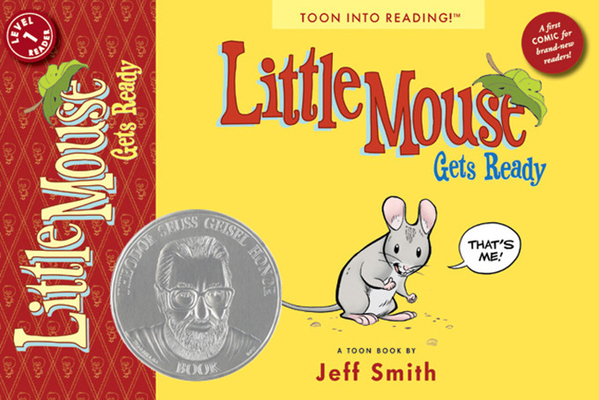 Will Little Mouse master all the intricacies of getting dressed, from snaps and buttons to Velcro and tail holes? Eisner Award-winning cartoonist Jeff Smith and his determined Little Mouse reveal all the smallest pleasures of this daily task.

Jeff Smith was grew up in a small town in Ohio and he loved cartooning, but he never imagined all the places comics would take him. With the help of his wife, Vijaya, Jeff created, published, and sold his comic book "BONE." Jeff hadn t created "BONE" specifically for kids, but his fantastic tale of three cousins lost in a strange land appealed to all readers, including children, and it went on to sell millions of copies." BONE" won multiple Eisner and Harvey Awards, and "TIME" called it one of the ten greatest graphic novels of all time. In 2008, Jeff s work was the subject of a major museum exhibit at the Wexner Center Galleries in Columbus, Ohio. His other books include "Shazam! The Monster Society of Evil "and "RASL." This is his first book created just for younger readers."