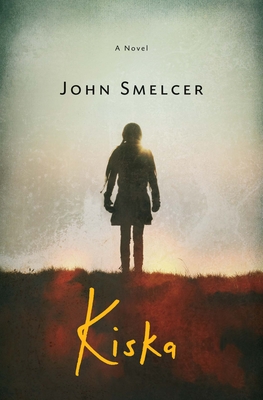 Smelcer's anger about these stolen children is apparent but controlled, and he provides a well-judged balance of horror and hope, with the friendship among his protagonists giving the book heart. --Horn Book

A poignant story of colonization and assimilation, something I know a little bit about. A masterpiece. --Chinua Achebe

Smooth, cadenced telling. . . . The four protagonists are accessibly teen, which gives their plight an immediacy. --Bulletin of the Center for Children's Books

Heart-tugging moments of clarity and poignancy that recall Jean Craighead George's Julie of the Wolves. --Booklist

Kiska's home in the Aleutian Islands is a peaceful paradise until Japan invades in 1942. Soon after, a US naval ship arrives to evacuate everyone in her village to an internment camp almost 2,000 miles away--where they are forgotten. Informed by true events, this is the story of a teenage girl who steps up when her people need a hero.

John Smelcer is the author of over forty books, including essays, story collections, poetry, adult novels, and six YA novels.