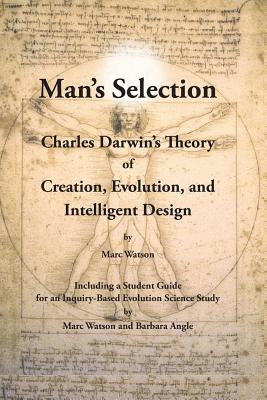 By Marc a. Watson, Barbara Angle (Contribution by)

Man's Selection sets the scientific record straight by taking a fresh look at Charles Darwin's phenomenal theories regarding Creation, Evolution, and Intelligent Design. In The Origin of Species, Darwin stated that "the Creator" originated one or more forms of life, that "the Creator" established the laws governing nature, and that "the works of the Creator" were superior to those of man. Darwin also addressed intelligent Design through the inclusion of Joseph Butler's affirmation that "what is natural as much requires and presupposes an intelligent agent to render it so."

Darwin used his observations regarding Man's Selection to build the case for his theory of Natural Selection. He discovered other powerful creative forces at work, such as Individual, Spontaneous, and Correlated Variation; without which Natural Selection is powerless. Most importantly, Darwin insisted that Natural Selection was not the exclusive means of evolution, and that "other agencies more important" were responsible for the development of the noblest traits of human behavior. Yet these observations are rarely included in science text books today.

For over 150 years, Darwin's observations regarding Creation, Evolution, and Intelligent Design have been redacted and misrepresented by a cadre of scientists who have limited evolution science to theories that align with the philosophy of Materialism and the religion of Atheism. Darwin protested such misrepresentation, but to no avail. Today, public school science curriculum is governed by the Modern Evolution Science Synthesis (MESS), which focuses almost exclusively on Natural Selection and Mendelian Inheritance, ignoring much of Darwin's work.

Man's Selection promotes an open scientific inquiry into all of Darwin's observations regarding Creation, Evolution, and Intelligent Design without the restrictive lens of Materialism or Atheism.